Infancy (from the Latin infantia, meaning ‘the inability to speak’) can be seen as a time between pure language and human language and as such is unknowable to us. 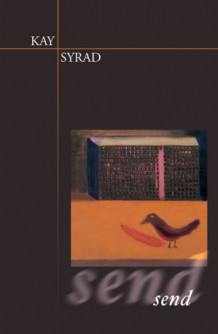 Cover design from a painting (‘Dwelling’) by Andrzej Jackowski)

Send investigates pre-verbal experience. During her research for this novel, Kay worked with the dance artist, Miranda Tufnell and also Jayne Lloyd on a series of experiments or ‘re-enactments’, exploring sensory deprivation, non-verbal communication and what and how the body remembers.

Publisher Cinnamon Press says: “Dr. Maxwell Morley, is a respected chest physician who has devoted his life to his work. When he diagnoses the heavily pregnant Lilian with tuberculosis she is put in an isolation ward; the baby is removed at birth and later dispatched to a children’s home.

But unsure of his diagnosis and fearing professional ruin he frequently visits the now motherless child Lily, drawing the Matron of the children’s home into his quest to ‘save’ the infant. She observes Dr. Morley’s rather unusual behaviour with interest at first and later with dismay, as he becomes increasingly obsessional in his identification with the baby as a wordless being.

With its daring combination of narrative, analysis, notes and poetry, this textured and moving novella draws us towards ideas about the nature and development of early awareness, attachment and sense perception and their significance for our lives.”

What readers are saying:

The world evoked – the seeking – all so powerfully rendered in your amazing writing – like a spell at times, an incantation. (MT)

The Milliner and the Phrenologist

Buy the second, revised edition of TMAP from Cinnamon Press with cover design from a painting (‘One Narrow Bed’) by Andrzej Jackowski. New edition and Kindle edition also available from Amazon. 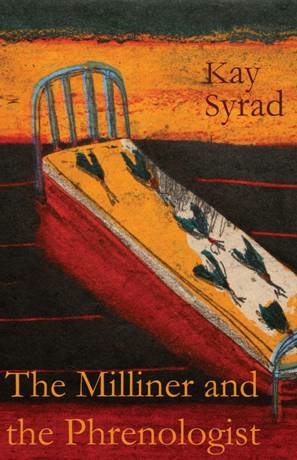 Below is the publisher’s description of The Milliner and the Phrenologist:

An ambitious and compelling debut novel – a Victorian narrative that taps into the current zeitgeist.

1860s London: a period of discovery, competing ideas and rigid social hierarchy. When Alice Heapy, an unusual and artistic young milliner, daringly sets up her own business, the mother of John Motton, eminent phrenologist, is amongst the first of her bourgeois and eccentric clients. Alice is intrigued by the phrenologist’s belief that he can determine his clients’ character and moral capacity by measuring their heads, whilst Motton is astonished at the power Alice’s poetic hats exert on the lives of his mother and her peculiar friends. But under each other’s exacting and increasingly hostile gaze, Alice and Motton begin to reveal – and, in desperation, attempt to conceal – their own characters.

As Alice and Motton play out the Victorian tensions between social classes, men and women, science and art, faith and reason – tensions which continue to challenge us – we are drawn into the sensuous imagery and subtle humour of this sharply observed drama, eager to know where it will lead. A highly original and visual novel, brimming with delicious wit, The Milliner and the Phrenologist is a remarkable debut from Kay Syrad.

Here are some of the comments people have made about The Milliner and the Phrenologist:

I read your novel with great delight – it was so beautifully conceived and written in such a limpid yet captivating style – and its subject matter of the relation of art and artisanship and science (or in this case pseudo-science) in the way these forms of perception and practice are engendered, gendered and linked to class distinctions – is a current preoccupation – only you deal with other dimensions that fascinate me – of how moral character and psychological understanding are linked to what you do, how using your hands, understanding your materials intimately, close observation and relation to other people colour and enrich the imagination and capacity for empathy..

The artist Jayne Lloyd made a series of works from her reading of the novel: 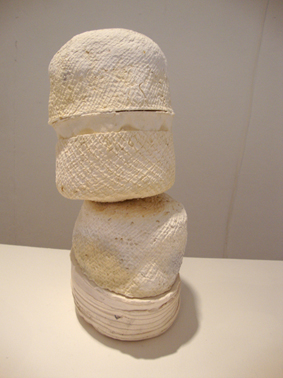